I’m trying to get my bot looking a little better in messenger. I find the menu looks weird compared to other bots I use. 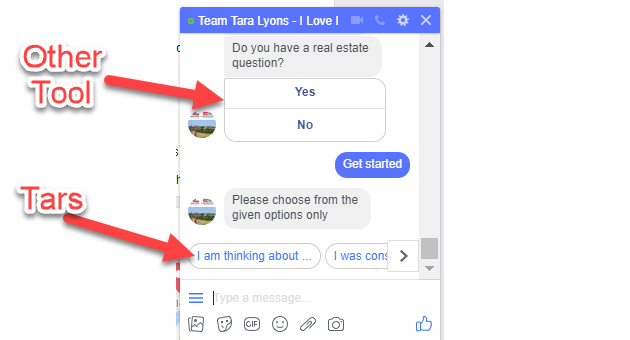 Nobody has an answer for this, or I am just missing the obvious?

There is a limit on the number of characters you can show in quick replies so that it doesn’t overflow.

That’s not quite what I’m asking Ish, how do I make the option look like the top tool? The button are vertical not horizontal. Vertical works a lot betterj in messenger for the user.

Building these vertical buttons, requires some way to not do this, once the conversation has been moved to the next gambit. This is something we will update in the future. But currently all the buttons in the TARS bot, maps to the quick replies (horizontal) buttons.